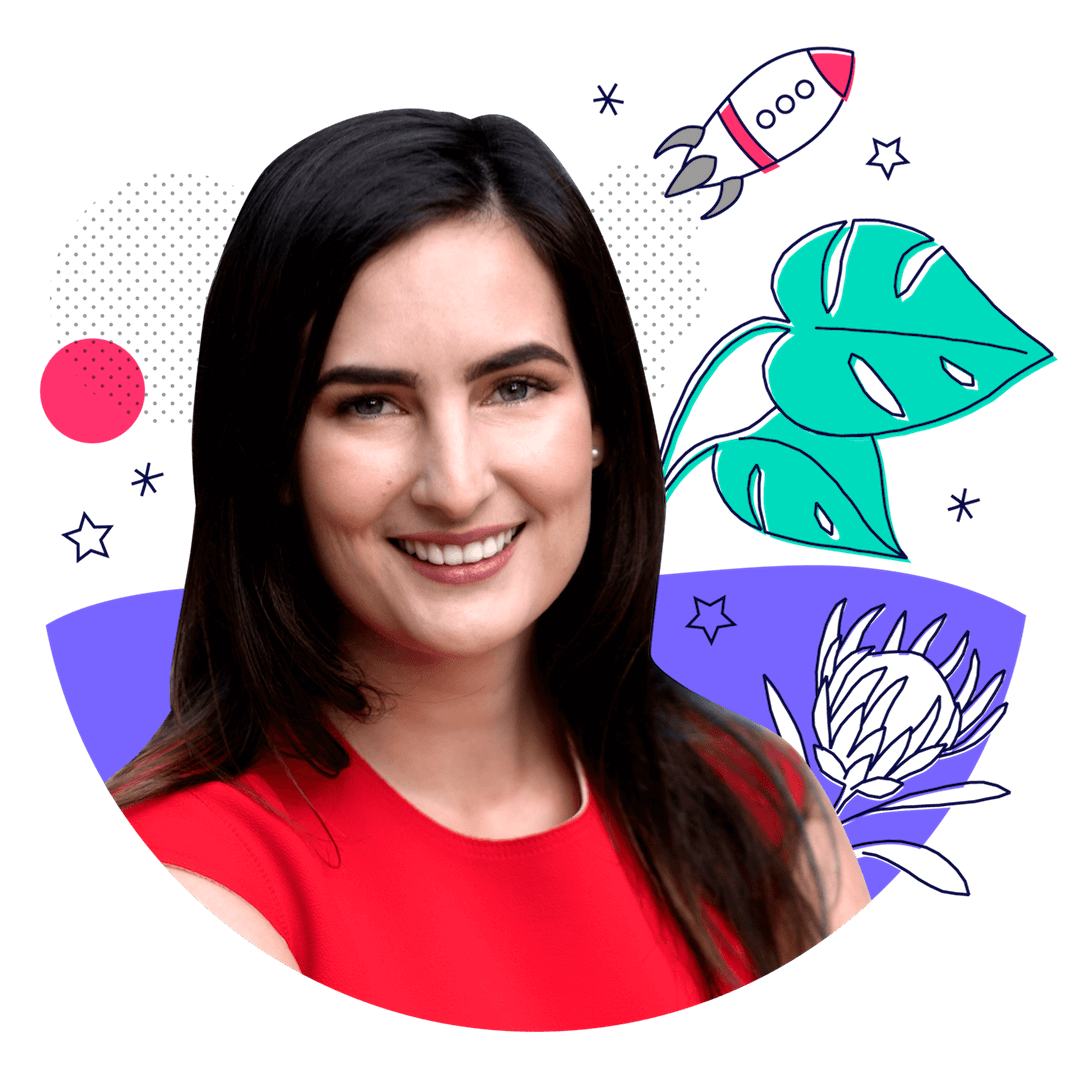 Let go of the politics, and utilize managing up for a positive effect on your leadership, your team, and your organization

“Managing up” gets a bad rap. It’s often considered a bit icky, a bit… political. The definition of managing up is, the act of consciously relating to, and working productively with, your own manager (and their peers). Though this can be seen as merely furthering your own agenda and getting ahead by manipulating the higher-ups, the skillset of managing up is associated with a wider scope of influence, stronger interpersonal relationships, trust, and effectiveness – especially on big complex projects.

For leads within engineering, where it’s the good ideas that matter, the “politics” of managing up can cause an allergic reaction.

Many people feel that if you put your head down, work hard, and be a great team lead, you are doing the right thing; putting your team first and “your agenda” second. And that you “should” be rewarded, promoted, and have your great ideas supported. But most of the time, this just isn’t true.

Myths of "managing up"

Myth 1. Managing up is inherently self-serving

False. Managing up effectively means you’ll create a better-functioning, wider ecosystem in which your team can operate in a more productive and happier way. If you as their manager ensure their broader environment is stable, the higher-ups won’t be breathing down their necks or meddling in everything, and the stakeholders are somewhat unified and at peace, then your own team will be more successful and more engaged. Yes, if your team is engaged, productive, delivers well, and the stakeholders are happy, then it’s true that you could be rewarded. This is not self-serving; you’re doing something genuinely useful for your team, and being promoted because you’re useful is cause for celebration.

Myth 2. managing up is inherently manipulative

False (unless you consider literally all communication skills “manipulating information”). Managing up is about finding the most productive way to achieve a shared goal. Pursuing shared goals that an individual can’t achieve alone is why we form organizations in the first place. A more skillful pursuit of the shared goal is just that: skillful. There’s nothing manipulative about skill.

False. “Should” is a waste of energy for a leader. You are in the business of what is, not of what “should be”. The sooner you accept that you do in fact need to manage up, the better. Whether you think you should need to or not is irrelevant. This is hard to swallow, and the first time a leadership coach explained this to me, I fired the coach.

Let go of the assumption that someone above you on an org chart must have all the same skills as you, plus more. Forget about the notion that it’s “not on you” to accommodate a supposedly more skillful boss. They have different skills from you. They may even be less skilled than you. Your moral outrage at the situation is not useful. If you have a boss, managing up is part of your job.

I notice that tech leads and engineering managers who don’t actively manage up tend to stagnate. They battle to get buy-in for their ideas, their influence on others is limited, and their direct reports suffer as a result. The lead who is not great at managing up is also less able to sponsor others, a less useful ally to their own team, and their team has to contend with a harsher broader environment.

You do need to manage up, but that's not a bad thing. So, how do you do it?

Here are some guidelines about what not to do.

Try to focus on the kind of impact you’re trying to have, and let go of the specifics of your ideal outcome. Focus on the process of working together with your manager toward a shared goal.

Nothing gets a lukewarm response like implying to your manager that their current system sucks. If you have a better idea, outline what your idea brings, and trust that the current situation is the way it is for a good reason.

Dying on every hill

Conserve your own and your manager’s energy by focusing on the topics that really matter. You’ll have more impact if you advocate for a smaller number of issues that are significant, rather than if you bring up absolutely everything you notice like Rahul in the story below.

This can look like continuously pre-empting your manager. For example, saying ‘Hey! It’s a public holiday in 10 days time and you haven’t posted a Slack message to the team yet! We should do that because I’m worried about…’ would be micromanaging up. Most people who do this are only trying to be helpful, but it usually comes across as a having a lack of trust or respect.

Giving your manager tasks is another sign of micromanaging up. It’s more effective to solicit input and advice on a problem you solve yourself, than to delegate that problem upwards to your manager. The exception is if they explicitly ask for you to leave the task/problem with them. Make sure you understand your manager’s communication preferences and adapt accordingly.

Rahul was a dedicated, successful and highly technical engineering manager. He’d been a senior engineer at a well-respected company for a while, and was well-liked and respected as a manager. Rahul progressed quickly and became a senior manager, overseeing several teams and being trusted with high profile projects. He came to me one day, very upset. His manager had given him a 'below expectations' rating on his performance review, and warned him that his work relationships were 'off track'.

Rahul explained that he worked incredibly hard, and constantly updated his manager on status and risk factors, getting buy-in every step of the way. He was also highly engaged in the broader company, advocating for his team and peers, asking hard questions, and making thoughtful suggestions. He put a lot of effort into all his relationships, frequently meeting with others to give feedback and build bridges. He didn’t know what more he could do.

Rahul was managing down just fine, but he wasn’t managing up very well. Rahul was making two mistakes: micromanaging his manager, and “dying on every hill”.

His manager was results-oriented, with a direct communication style, and a preference for granting forgiveness over permission.

Rahul’s constant stream of messages about every detail and potential eventuality overwhelmed his manager and made it look like Rahul was out of his depth by seeking her constant support. Secondly, his tendency to share input on a broad range of topics and readily explain his ideas for improvement caused his peers, and therefore his manager’s peers, to feel judged as ‘never good enough for Rahul’. His manager would frequently have to de-escalate interpersonal conflicts with her own peers on projects Rahul was involved in, causing her to lose trust in Rahul and his team.

Rahul was able to adapt his strategy to his ‘Enneagram type 3’ boss by informing her weekly of updates that had happened instead of waiting for her to OK every detail. He also put more emphasis on outcomes, rather than risk factors or brainstorming ideas. He took his brainstorming to his peers, who were more than happy to do that together. He still gives regular ideas for improvement but checks himself with ‘would I die on this hill?’ beforehand, and shares fewer, more impactful ideas. This led to him gaining a reputation as someone who makes things around him better, rather than someone who was always complaining.

Latice was a successful and well-respected tech lead in their organization. As one of the more senior engineering team members, Latice was often consulted by the CTO directly and spent a lot of their time mentoring and giving technical guidance to engineers on their team.

Shortly before an expected promotion to staff engineer, Latice learned that their manager was not going to submit them as a candidate. Latice was shocked, as their manager hadn’t given any feedback on technical shortcomings. Latice had always shared exactly what the outcomes they were working to achieve looked like, and was very clear on their expected solutions. Latice also cared deeply about the company and took care to explain exactly why current systems were less than ideal.

Latice’s technical expertise is unlikely to be at fault here. In fact, it’s holding Latice back from gaining their manager’s confidence as a technical leader (rather than a non-leading expert). The traps Latice is falling into here look like attachment to outcomes and perfectionism. Latice needed to make the “expert-to-leader” transition.

Latice’s manager valued flexibility and the ability to adapt when it came to what solutions looked like, and collaboration with others in building on what exists, rather than tearing down a sub-optimal system and starting from scratch on something that would be perfect. When Latice described in detail how a solution needed to be, Latice’s manager perceived a lack of flexibility and room for other’s ideas. Latice’s detailed updates on problems also led their manager, who values harmony and progressive improvement, to feel that Latice lacked the understanding of how to “evolve” a system without first tearing it apart. To Latice’s manager, it felt like “their way or the highway”, but because Latice’s way was often technically superior, Latice wasn’t getting this explicit feedback.

Latice practiced mindfulness as a way to stop attaching so heavily to specific outcomes; changing their language and approach from sharing a very specific picture of success, to sharing the kind of result and impact they were trying to achieve, with room for different ways that it could be implemented. In practicing non-attachment to outcomes, Latice found it easier to move on from projects that didn’t get buy-in, therefore losing less time and energy in resisting priority changes. It also became much easier for them to “disagree and commit”.

Latice also spent more time highlighting what was working well, and which bright spots and good ideas they were hoping to retain and build upon. This gave Latice’s manager confidence in Latice’s ability to evolve along with the organization, rather than them insisting on a revolution each time.

This change in approach allowed a much more supportive and productive relationship, and Latice took on larger projects: becoming a mentor of others, and shortly afterwards achieving their hoped-for promotion to staff engineer.

Managing up is a marvelous and often overlooked skill for any manager or expert looking to become a better leader. It can smooth your team’s broader working environment, increase your impact with your own projects, and create a more productive relationship with your own manager. By following the cheat sheet of advice and reflecting on whether the anti-patterns described ring true to your situation, you can achieve a more fulfilling and successful work environment for yourself and your team. And no, it’s not cheating!

Being right is only half the battle: how to optimize your interpersonal connections
30 Apr 2019 Video