Assessing the health of your engineering orgs Episode 04 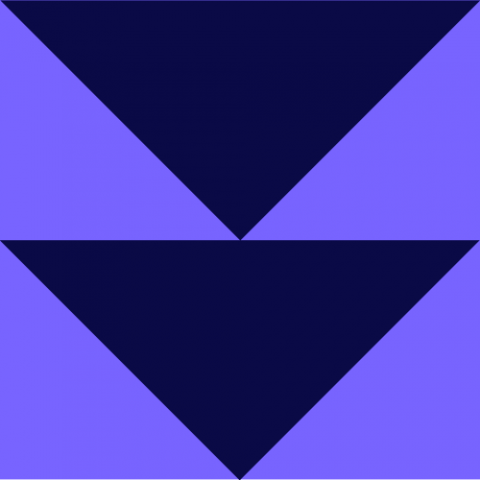 Assessing the health of your engineering orgs

As an engineering leader, being able to examine the speed of your team in depth is crucial to propelling them forward.

Understanding your team’s engineering velocity can help you to find process inefficiencies, identify areas for potential improvement, and help to empower your teams and stop them from burning out. We learned cheat codes for evaluating your team’s velocity, defining metrics for success, and moving faster in a sustainable manner.

The first order of business is defining team velocity, and although this varies from team to team and depending on the operations of an organization, it is often naively defined as “achieving faster movement”. Our experts agreed that this is a simplistic notion and often risks burning out your team.

So why is velocity important?

Smruti Patel, of Stripe, referenced Thinking in Systems by Donella Meadows, encouraging leaders to think of any system as a set of elements wherein velocity is a function of multiple complex interdependent systems, with speed as one aspect of it. Other just as important aspects of velocity are quality, impact, and precision.

Bryan Helmkamp, of Code Climates, understands velocity as the ability to move rapidly in the right direction with alignment and efficiency. Efficiency then also must involve the sustainability of efforts and thereby sustainability of teams.

Kathryn Koehler, of Netflix, encourages leaders to imagine velocity as a vector wherein amplitude and directionality pointing towards a common goal are key. For younger teams, the tracking of story points completed in a sprint may be necessary, but with seasoned teams - trust is the key ingredient.

How does velocity differ across teams?

Bryan Helmkamp feels that every team, whether from a software company or not,  is increasingly dependent on software delivery functions for competitive innovation. The businesses we work in are looking at engineering to put them over the top, to do it quickly, and to do it in an aligned wayl. For any two businesses that are otherwise equal - the pace at which they get code to product teams is what sets them apart.

Kathryn Koehler highlighted that story points are not the devil; measuring and estimating are key tools for velocity evaluation. Her teams define velocity in terms of health, quality, and directionality. The whole purpose is to simplify work and speed up the process for customers. Realistic KPIs make that possible.

Smruti Patel believes in establishing markers at the individual and the team level, so as to avoid disconnect. Work and impact need to be tied together and it falls on the leadership to help stakeholders understand the pace of things. Productivity and motivation goes hand in hand through the different stages of software development. While alignment is the backbone, the maturity stages of teams play into velocity as well.

Smruti Patel believes in designing metrics depending on how you’re planning to seek alignment - north star metrics for each stage enable velocity in her opinion. Her three key metrics are focus, speed, and quality born from vision, strategy, and tactics. She believes that over-indexing on metrics is more problematic than helpful.

For Bryan Helmkamp identifying the difference between goals and metrics is where it begins. He believes in one metric for one purpose and balanced metrics that account for quality and quantity. He also suggested SLA metrics instead of averages and medians to evaluate team velocity.

Kathryn Koehler is a champion for OKR which she finds to be transformative when used effectively. For her, shipping is not equal to success and sentiment surveys are important. She suggests story points for younger teams and T-shirt sizing and eyeballing for more senior teams.

What are the key metrics in velocity

As Bryan Helmkamp shared a sentiment all of our panelists echoed; cycle time is the key metric in velocity. How long does it take to get code from a developer's laptop to production? What is the deployment frequency? And what value has it added? Quality is gauged simultaneously to drive business vision.

How do you prioritise when you have multiple teams asking for support? Netflix's view

For Kathryn Koehler, asking the important questions early on is important for this balancing act. What is high leverage? What is something that is going to drive the most impact? Is anyone being blocked? Is this an important relationship to nurture? Where in the product life cycle are we? Answering these enables her team to constantly move forward and uplift others with its work. While she admits it;s never the squeakiest wheel, it is one in constant motion. How’s that for velocity?

Our speakers were in unison that broader markers, loops and groups, rather than individual measures of velocity are the way to go. While a leader must trust and verify- surveillance takes it too far. Other key takeaways from the discussion were:

The surprisingly high cost of multitasking (and how to avoid it)

Ella Morrish
5 mins
What is toil and why is it damaging your engineering org?
18 May 2022 Article

What is toil and why is it damaging your engineering org?

Lisa Van Gelder
28 mins
Business as usual vs. innovation: how to get the balance right
12 Jun 2019 Video