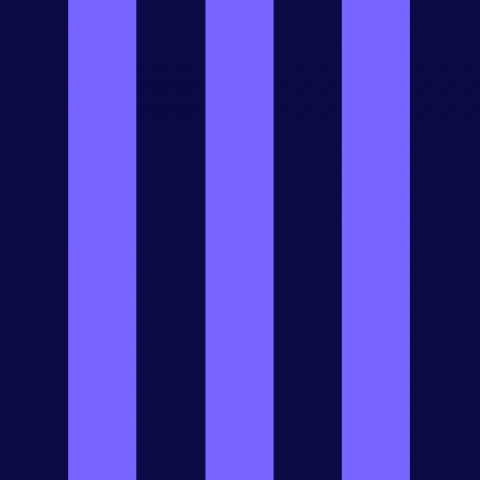 Often the move to a lead role is about advocating for change – wanting to step up to take more ownership of challenges that arise and have a go at ‘doing better’ for both your team and your organization.

This is magnified in startup land: often we join in the first place for the opportunity to play a pivotal role in shaping an organization.

‘Having an impact’ was certainly one of my motivators when, six years ago, I made the move from academia to a startup. However, I don’t think I’d really considered what that actually meant. As I matured into a lead role, one of the biggest lessons was learning to maximize my influence without being overly constrained by whatever my remit was ‘on paper’.

I’ve had successes and failures in this regard and while I’ve still got plenty more to learn, I wanted to share the approach that, for me, has been the most successful yet. This focuses on finding your ‘acorn’ – that tiny idea for change that will grow when planted in the right place – and having the confidence and patience that will eventually get you to your oak!

The first flush of enthusiasm to instigate sweeping changes, particularly on promotion, can be quashed when you realize that simply having a good idea and a lot of passion isn’t enough. You have a little bit of ‘power’ but nowhere near enough to drive the sort of change you now aspire to. Worse still, you now have better visibility and can see many other things that you think need fixing.

Small companies growing rapidly need to prioritize, and while improving processes is sometimes key, some things will need to wait until later. We can’t constantly rip up everything and start again, or put process ahead of progress, no matter how inspired we are. Maybe you’ll be asked ‘Why do we need to change this? It’s fine as it is!’ Then there’s the challenge of who ‘owns’ the processes you want to change (clue: usually several people with differing opinions or, in fact, no one – but nobody is disinterested enough to let it be changed unchallenged). And finally, ‘inertia from apathy’: no one actively opposes your idea, but it just doesn’t catch on. But don’t lose motivation – there are ways to have an impact.

I won’t describe all ideas I’ve tried to move forward – the specifics for you will depend on your organization and your interests. What was a great challenge for me might leave you perplexed, thinking, ‘but surely you have process X in place already?’.  Let me just say that they’ve ranged from something as simple as creating a particular Slack channel to quite ambitious plans around inclusive hiring processes. I still couldn’t tell you exactly why the more successful ones were more successful. But I can tell you that all the successes involved getting buy-in from people – and that’s where acorns come in.

An ‘acorn’ is a small, focused change that has the potential to grow bigger over time. It can inspire people with your idea and demonstrate its feasibility at the same time. It sets your sights on something impactful yet attainable. Here’s how to find them among your ideas.

Which of your ideas:

An acorn is not limited to the scope of your pre-defined responsibilities. In fact, as a lead, you may find yourself uniquely placed to drive change in areas you don’t officially ‘own’. This can be hard to get your head around if you are used to waiting for permission or are a stickler for the rules. What can I say? I’m very much a rules person but I’ve learned that when you proactively try to improve things, people are generally pretty pleased. No one is scrutinizing your role spec to see whether you should have done it.

There are caveats of course: these projects shouldn’t be at the detriment of your core responsibilities (hence finding something that doesn’t take too much time to get off the ground). Part of your role is still to keep everything running smoothly! You should be mindful of other people’s remit and previous effort. Be sure not to steamroll over someone’s existing initiative in your initial burst of enthusiasm. Ask around to see what’s being worked on already that might be aligned. You’ll get further if you’re pulling in the same direction.

Your pitch is essentially the moment you plant your acorn, so you want to make sure it lands in fertile ground. First, this will be with your MVP team. Second, it will be with the stakeholders you need sign-off from to take your initiative further.

Most ideas benefit from creating a pitch deck. I was initially surprised to receive this advice from my manager early on in my role. It seemed excessive to create slides for what I thought were just ideas, but I soon realized that treating them like they were ‘just ideas’ would usually result in a conversation, rather than a specific outcome (which is really what I was after). I was leaving too much of the work to the audience, assuming that if the idea was good enough, things would just progress.

Creating a pitch deck for an acorn (or any idea) helps me make sure of three things:

Once you have chosen your acorn, you can figure out what, and more importantly, who, you need to create your MVP. For me, this has often been one or more of my peers, but it could be anyone who you know shares a passion for the area in which you want to drive change.

Pitch your idea to them, being clear about how you’d like them to play a role and what the outcomes are. You may not go full-on with a presentation of your desk, but it’s worth seeing this as a pitch even if this is a team member you work with regularly. Buy-in is key so don’t leave them to do the heavy lifting to figure out why this is a good idea.

Set out your timeline as you would for any project and off you go! It helps if you can align this with something that is already happening. For example, a colleague and I once found the opportunity to make some improvements to one stage of the hiring process as he was about to open a new role. The other mode that can be effective is making small but consistent progress over a much longer time period e.g. setting aside one hour every two weeks. Keep nurturing these ones so they don’t get forgotten!

Once you have your MVP, remember to step back and recognize your success. Often, the MVP represents a step forward in its own right; maybe it’s a version of your improved hiring process running in just your team, or you have a working demo of new documentation for one project.

Now you’re ready to pitch to your stakeholders in order to roll out your MVP more widely or make the changes you’ve demoed for real. Who this is depends on the size of the change you’re trying to introduce, and what policy your organization has around this. If it’s ‘ungoverned’, your audience might just be the rest of the company, e.g. if you set up a Slack integration to improve social interactions. Even if your audience is everyone because you didn’t need further sign-off, you still need to convince them to use it, so you will still need your pitching skills. If you’re touching on something ‘governed’ like the development or release process, you’ll need to pitch directly to the key stakeholder; it could be your Head of Engineering in this example. Note that what’s governed versus ungoverned will change a lot in a startup as it grows. Even if there isn’t clear ownership, it never hurts to loop in people who may have a vested interest, before publicizing your initiative to the whole organization.

If your pitch is successful, now you just need to tend to it – e.g. reminding people to engage or reporting back on value delivered – and, hopefully, watch it flourish.

It’s important to remember you can’t change the world in a day and that experiencing setbacks along the way doesn’t mean you’ve failed. In fact, a perverse sign of success can be that now you’ve improved one area, more problems that were hidden come into view. I’ve also seen initiatives I kicked off a few years ago gain renewed engagement or finally grow again after seemingly being ‘stuck’ at the limit of their potential. Focus on one acorn at a time, keep a healthy sense of perspective, acknowledge any small wins, and above all, be patient.

One day, you’ll be sitting under the boughs of the oak you planted, enjoying the sense of calm it provides. And just like in another famous story, maybe something will drop onto your head. Yes, you guessed it – it’s your next acorn. Happy growing!

How to develop curiosity in your team
21 Nov 2022 Article

How to develop curiosity in your team

How to harness the power of deadlines in engineering teams

Five ways to care for your open source contributors

How to maintain a winning company culture as you grow

How to drive a customer-focused engineering team

How to empower your open source users and contributors

Shaping culture in the engineering organization

Is fear stopping your engineering team from achieving its goals?

Getting your engineers engaged with OKRs

How to (slowly) build trust with your staff engineers